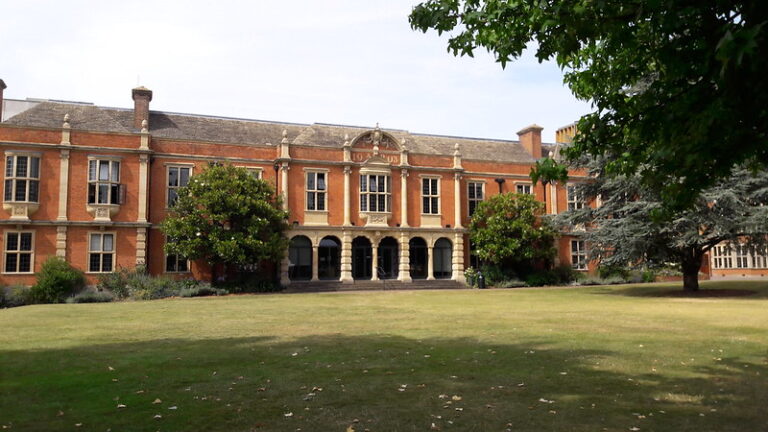 Somerville College, a constituent college of the University of Oxford in England, was founded in 1879 as Somerville Hall. Some of its alumnae include Margaret Thatcher, Indira Gandhi, Dorothy Hodgkin, Iris Murdoch, and Vera Brittain.

The college began admitting men in 1994. It has one of Oxford’s largest colleges libraries. The college’s liberal tone stems from its founding by social liberals as Oxford’s first nondenominational college for women.

Unlike other colleges, Formal Halls does not wear gowns. In 2021, Somerville College was recognized as a sanctuary campus by City of Sanctuary UK. It is one of three colleges that provides on-site housing to undergraduates throughout their course of study.

What's the History of Somerville College?

Somerville College was founded in 1879 (the name then was “Somerville Hall”) by the Association for the Higher Education of Women. Their aim had been to create a college for women in Oxford. Edward Stuart Talbot, Warden of Keble College, was one of its prominent members but wanted an Anglican college. He and his party eventually split and founded Lady Margaret Hall, which opened its doors also in 1879. A second committee was formed to establish a college “in which no distinction will be made between students on the ground of their belonging to different religious denominations”.

This new effort resulted in the founding of Somerville Hall (now College), which was named after the deceased Scottish mathematician and renowned scientific writer Mary Somerville – who was deeply admired by the founders. Not only was she a prominent scholar, but was also convinced that women should have suffrage and access to education equality.

When Somerville Hall opened, it only had 12 students, aged between 17 and 36, and attended lectures in rooms above a baker’s shop on Little Clarendon Street. Unfortunately, only two students of these original 12 managed to complete the period of residence, of three years, and obtain a bachelor’s degree. However, the college became more formalized in time and began to admit more students. By the end of the 1890s, female students were permitted to attend lectures in almost all colleges.

Somerville College During the Great War

During the First World War, Somerville were requisitioned by the War Office to create the Third Southern General Hospital. The Royal Army Medical Corps treated military casualties in the college’s buildings for the duration of the war. Students relocated to Oriel College, where they rented St Mary Hall Quad as many male students had gone off to fight.

Eleanor Rathborne was a long-timer campaigner for women’s rights and an independent British Member of Parliament. She attended Somerville College at Oxford University. Because the college didn’t have a Classics tutor yet, she took classes such as Roman History, Greek History, and Moral Philosophy in other colleges.

The Buildings of Somerville College

Walton House is the original building of Somerville Hall and dates back to 1826. It was later purchased from St John’s College amid fears that the men’s colleges might repossess the site in the future. The initial site could also house seven students, so in 1881 Sir Thomas Graham Jackson was commissioned to build a new south wing, which doubled this number. He also installed a gatehouse at the Woodstock Road entrance. Until 2014, the building housed the college bar. It’s now home to one or two students and Green Hall, where guests are greeted and prospective students interviewed.

Park is a second self-contained hall that was inspired by Newnham College, in Cambridge. The 1885–1887 phase saw the construction of rooms for 18 students and their own dining-room, sitting rooms, and vice-principal. The second building stage (1888–1894) created two sets of tutors’ rooms, another 19 rooms, and the West Lodge (now Park Lodge). Today there are over 60 student and fellows’ rooms in the building.

This Gade-II building was designed by Basil Champneys in 1903. Somerville Library was the first purpose-built library in the women’s colleges of the university. It was designed to contain 60,000 books (although the college only had 6,000 when it opened). Today, the library is one of the largest in the University, containing over 120,000 items.

Maitland Hall and Maitland were designed by Edmund Fisher in 1911 in Queen Anne style and Edwardian Baroque. Miss Maitland had been the Principal of Somerville Hall/College from 1889 to 1906. It’s believed that, because the outer limit of the Oxford city fortifications run under the site, there was some difficulty in erecting the building. Somerville’s is the one Oxford dining hall where all portraits show women.

The Chape was built in 1935 and reflects the non-denominational principle on which the college was founded. Instead of a chaplain, there is a “Chapel Director”, Christian worship and the hosting speakers with a range of religious perspectives.

The Penrose block was designed in 1925 and its first students were installed in 1927.

Darbishire Quad absorbed Woodstock Road properties above the Oxford Oratory in 1920. The structures were demolished in 1932-33 and Morley Horder was commissioned to build a quadrangle to fill the space. Originally the East Quadrangle, it was opened in June 1934 by Lord Halifax.

Hostel is a small block between House and Darbishire completed in 1950. It houses 10 students. Holtby, completed in 1956, lies above the library extension and has 10 rooms for undergraduate students.

Vaughan and Margery Fry & Elizabeth Nuffield House (shortened to Margery Fry) are named for former principals of the college and important proponents of women’s education. The buildings overlie a podium of shops and an arcaded walkway in Little Clarendon Street. They contain over 60 undergraduate rooms.

Constructed largely of glass and concrete, Wolfson is a Grade II listed building with impressive views of Walton Street and Somerville’s main quadrangle.

Other buildings of Somerville College include the Margaret Thatcher Centre and Dorothy Hodgkin Quadrangle, St Paul’s Nursery (for children of Fellows and staff, Somervile was the college to provide this), Radcliffe Observatory Quarter (completed in 2011, it’s won awards for its architectural style), The Terrace (bar and cafe), and Catherine Hughes Building (which has 68 additional bedrooms).

What is it Like to Study at Somerville College, Oxford?

Somerville College has one of the highest student satisfaction of the University of Oxford. Formal Halls take place on some Tuesdays and Fridays about six times a term and, unlike other colleges, students are allowed to walk on the grass of the quad!

Somerville has a gym, shared sports grounds (with Wadham College and St Hugh’s College), as well as several clubs. The college also has a mixed voice choir.

Where is Somerville College?

Can you Visit Somerville College?

Yes, Somerville College is open to the public. 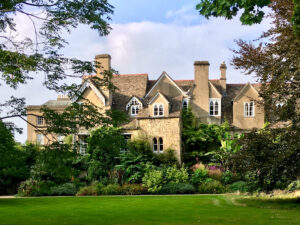 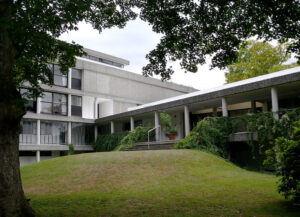 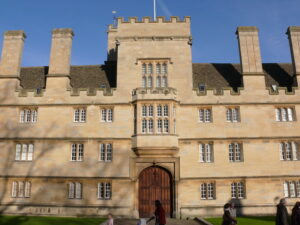 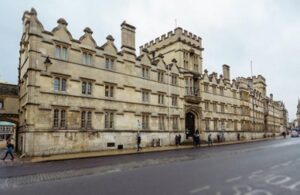 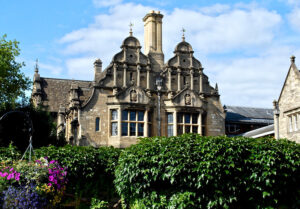 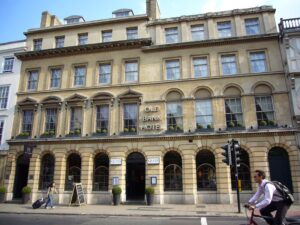 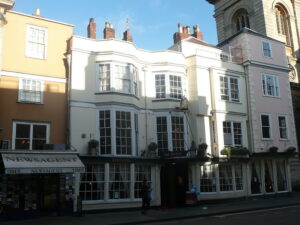 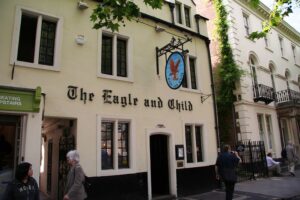 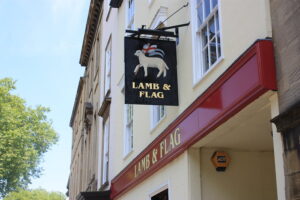 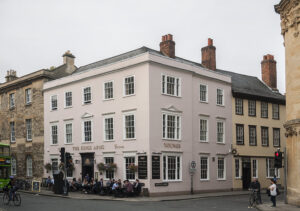 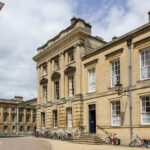 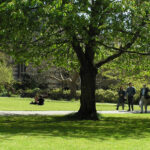 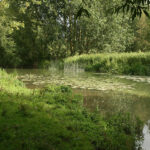